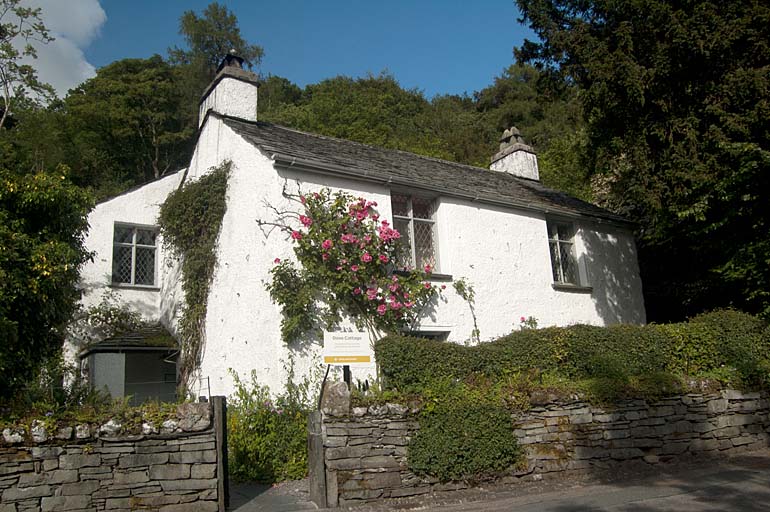 Dove cottage was originally an inn known as the Dove and Olive, or the Dove and Olive Branch, until it closed in 1793. The name Dove Cottage has been in use only since the Wordsworth Trust acquired the building in 1890. William Wordsworth and his sister Dorothy occupied it from December 1799. William married Mary Hutchinson in 1802 and she and her sister moved in with them. Mary had given birth three children by May 1808 and with another on the way the whole family moved to larger lodgings first to Allan Bank and the Vicarage in Grasmere and then to Rydal Mount in 1813. Thomas de Quincey moved into Dove Cottage in 1809 and lived there for many years, marrying a local farmer's daughter. Smaller version of this picture.