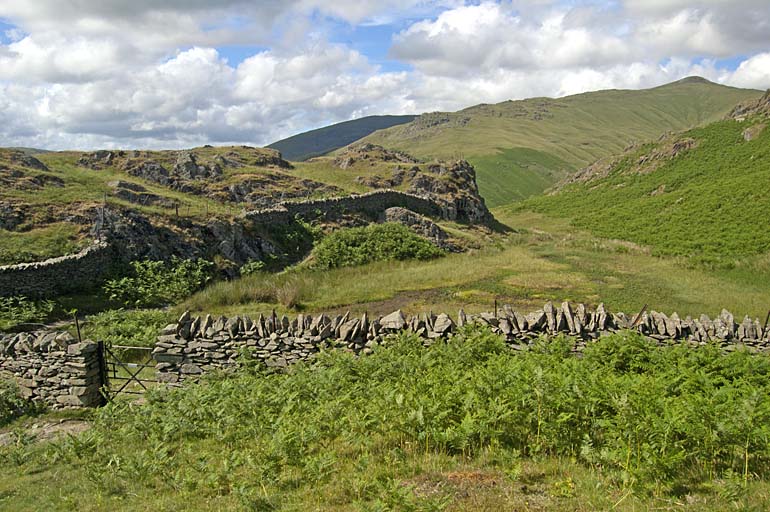 This is the start of the walk down into Grasmere. The fell in the background in shadow is Seat Sandal. Just to its right is the prominence of Stone Arthur, visible from Grasmere. On the far right is the summit of Great Rigg, the summit cairn being known as Greatrigg Man. Smaller version of this picture.