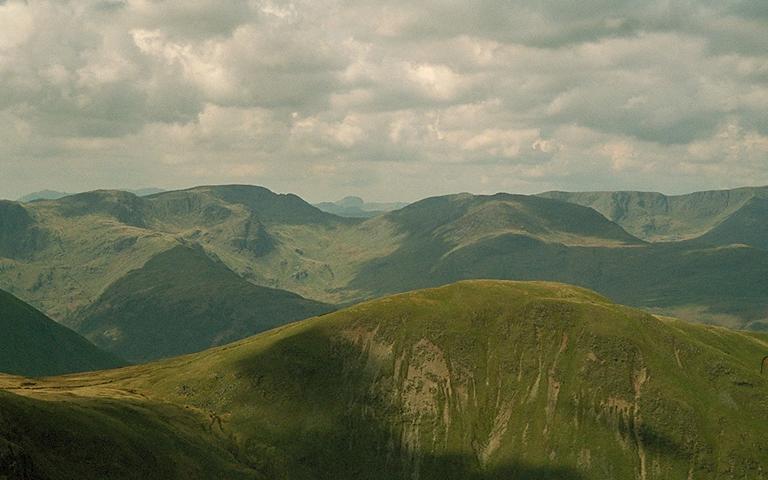 Great Gable appears on the horizon through the gap of Deepdale Hause in the centre of the picture. Just to the right, in the foreground, is Rest Dodd, with in successive levels behind, Aiken Crag, Gavel Pike, St. Sunday Crag and Dollywagon Pike. Further to the right lie Nethermost Pike and Helvellyn, with Arnison Crag in front, displaying a patch of sunshine. To the left of Deepdale, Fairfield displays its satellite peak, Cofa Pike on its right flank. Further to the left, Hart Crag has its spur, Hartsop above How coming across to the right ending in a heavily wooded area. In the distance, between Fairfield and Hart Crag, Scafell Pike is seen and to the left of Hart Crag is Bowfell. There's a glimpse of Dove Crag on the extreme left. Smaller version of this picture.